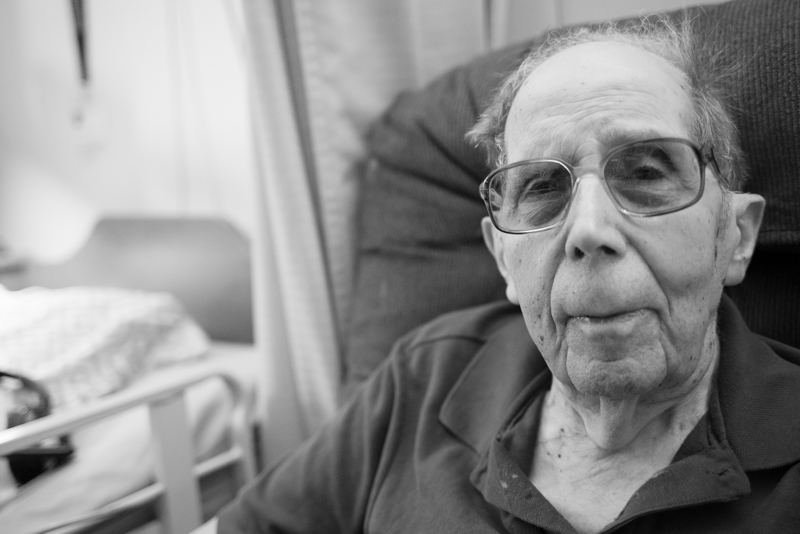 Back to Our Story –Your Story
Vince Dibacco, a D-Day Vet remembers June 6th as the "Day I shoulda died"

What do you think it will bring to this area?

“Nothing but good. It’ll be quite an attraction. It’s out of the ordinary.” DiBacco, in his younger days, would have loved to try his hand at climbing. “Curiosity killed the cat.”

Do you mind if I record you?

“I don’t think it will be that interesting.”

To call DiBacco a Veteran is the truth but is too clean. People like to categorize each other. It makes life simpler. But the reality is much messier. For Vince, that reality was Omaha Beach, Normandy, France, June 6th, 1944. It was greasy beef for breakfast. Inedible. It was puke bags on the landing craft. Used. Jumping out into a hailstorm of bullets; buried his face in the sand because it was insane. When he looked up, his fellow West Virginian Manning had a hole in his head, got killed outright. It was a perfect red cross hair on his left arm, the scarlet target of a medic, first thing he did was take that off. Treating so many wounded that his blood-caked hands didn’t keep him and all the rest from digging into an open can of grapefruit sections. Mmmm.

“I celebrate D-Day as the day I shoulda died.”

Vince garnered a bronze star for running back through the squall of lead to retrieve his gasmask from the shore. He calls it undeserved, “They thought I was brave.”

The memories roll onward to the Paris liberation, the art of the Louvre and Folies Bergère, the Venus de Milo – “I touched her” – and Mona Lisa’s gaze following him everywhere. But that was not the only thing to follow him.

PTSD followed him home to West Virginia. For more than 50 years he could not talk about the war. Episodes plagued him, making working dificult. But he made it and we’re glad he did. And, for some reason, he’s thrilled about the opportunity that a boulder park opens for his home.