PURPOSE:  To honor the memory of Mark Hutchison and David Cosner by providing a scholarship to a senior from Randolph Technical Center who demonstrates the qualities valued by the Marines and the Navy: respect, discipline, honor, responsibility, commitment, and service to others.

DISTRIBUTION:  Once the fund reaches the minimum funding requirement of $20,000 it will provide an annual scholarship award to be awarded to a Randolph County vo-tech student upon the recommendation of the Scholarship Committee and the approval of the TCF Board of Directors.

FUNDING:  Initial funding by Tim Harris, family and other friends of Mark Hutchison and David Cosner.

BACKGROUND:  The Mark Hutchison and David Cosner Scholarship Fund was established in 2015 to honor two local men who gave their lives in service to our country. 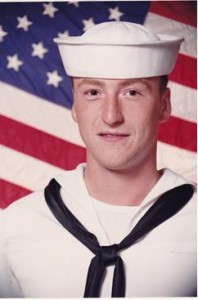 Mark Edward Hutchison attended Randolph Vocational Technical Center and graduated from Elkins High School in 1981.  He chose a military career, enlisting in the U.S. Navy. As a boiler technician, he earned the rank of Petty Officer 2nd Class. During the Gulf War, he served aboard the assault ship USS Iwo Jima during Operation Desert Shield in the Persian Gulf.  On October 30, 1990, Mark died in a catastrophic explosion in the ship’s boiler room. He was 27 years old. 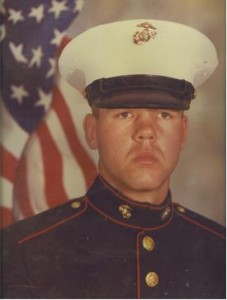 Marine Corporal David Lee Cosner graduated from Elkins High School in 1979. After graduation, he was employed at Webb Ford Sales before enlisting in the U.S. Marine Corps in 1982. CPL Cosner was stationed in Beirut, Lebanon, during a United Nations’ peacekeeping mission, serving as an administrative assistant in the personnel office of Battalion Landing Team, 1st Battalion, 8th Marines, 2nd Marine Division. He was tragically killed in the terrorist attack on the Marine base in Beirut on October 23, 1983. He was only 22 years old.