Philanthropy with a Twist (or two or three)

Friends of the Cheat started as a bunch of boaters and locals gathered around a kitchen table. They loved this river, the Cheat, and were concerned that it was off-colored, off-smelling, missing the living things that a river should have, and dangerous – the result of acid mine drainage. These are philanthropists. They love something so dearly that they want to repair it, protect it, and share it. The river connects them just as it connects Randolph, Tucker, Preston, and Mon County here in West Virginia.

Friends of the Cheat shows how innovative a grassroots organization can be with their 23rd annual Cheat Fest – a music and river party fundraiser (not to mention fielding a great Run For It team). The 2017 Cheat Fest kicked off warm and sunny for the downriver race through Cheat Canyon on a Friday afternoon. An hour later, when the first racers were just finishing, the weather changed dramatically with heavy rains, winds, and much cooler temperatures. Fest goers took it all in stride digging in deep with their kids and their cars, grooving to the music and hanging with friends.

Everywhere you turned there were different twists on philanthropy. Kids twisting in the puddles. Hula-hoopers twisting to the music. By the end of the weekend, the mud had come out deep. And after all the music and partying were over, this was when the true nature of the crowd emerged. Festival staff meandered around to look at the stuck vehicles and problem solve. There were hitch straps, winches and come-alongs; smiles, whistles, and cheers. Getting all the cars out certainly wasn’t cut and dry, and that just goes to show how much a diverse group of committed people can accomplish when they work together.

I talked with Paul Schreiner, one of the vendors, as he was packing up his truck full of squirt boats. “I don’t come here to make money,” he said. “I come here for show and tell. And to give my people a place to gather.” We stopped talking to watch the barbecue truck pull slowly across the muddy infield, tires spinning, five or six helpers pushing the back of the trailer. “Don’t stop. Don’t stop, don’t stop.”

Be it the Cheat River pollution of the mid 90s, the cleaned up Canyon of today, or the mud burbling up from the fields, it is as the sign says: Water Unites Us. 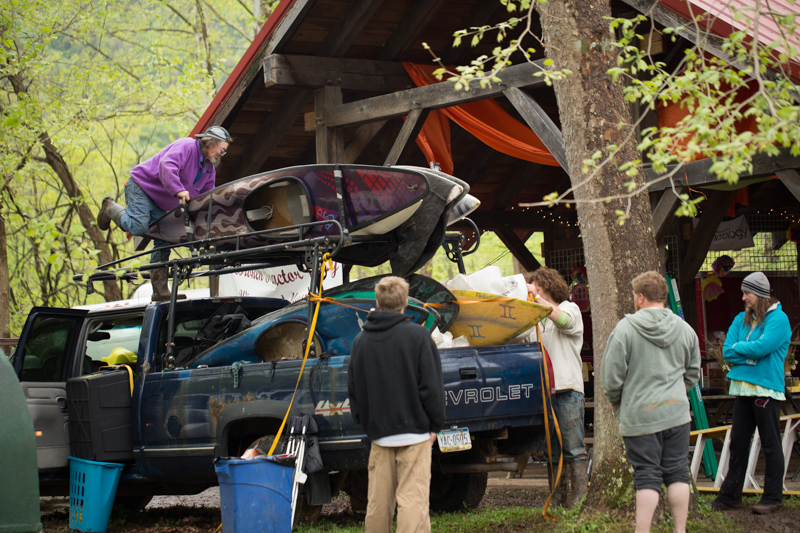 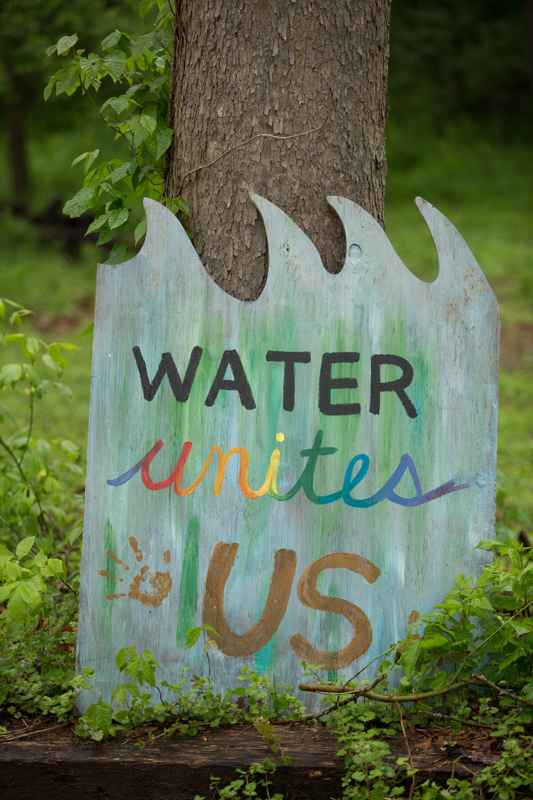